If you have not received your ALA ballot, they are distributed over several days.

Some of you may have noticed my name out there. This went out to a discussion list a little bit ago:


ASCLA 2015 Elections are Approaching!
Please click on this link to view the following ASCLA members who will be running for election for ASCLA offices in the 2015 Elections. Please join me in thanking these members for agreeing to stand for election for an ASCLA office and be sure to vote in the Spring elections! Voting begins on March 24, 2015 through May 1, 2015 @ 11:59 PM CDT.

Because of my standing for election as Vice President/President-Elect of ASCLA. For those who do not know, ASCLA  is the Association for Specialized and Cooperative Library Agencies, one of the divisions of the American Library Association.

It is the smallest of the ALA divisions. For more about ALA and ASCLA, visit the tab ALA 101 (on this blog).

So, here is what I said in my statement of professional concerns:

I have often recommended to new members of ALA to find a home in ALA with others whose work is like theirs. ASCLA has been ALA's smallest division and because of the small size, it is possible to get to know people and to become involved.

I did some simple analysis of recent membership trends, and plotting ASCLA's membership against ALA's membership shows that ASCLA has retained members better than ALA. That does not mean that we do not have to continue to work to recruit members, but it does show that ASCLA has value for ALA members. I have many contacts across the association, and want to leverage the knowledge those people have, to make ASCLA even more successful. Part of the perspective which I bring is from having been active in the larger organization. I believe that my experience, and contacts, will help position ASCLA for the future.

I ask for the vote for those of you who are ASCLA members.

I did stand for this office once before, in 2000. In that election, I was not successful. The difference was four (4) votes. In a way I was relieved. I changed jobs after agreeing to run, and it would not have been as good a fit as it is now. I also had a great deal less experience with ALA.
Posted by Michael A. Golrick at 8:00 PM No comments:

Email ThisBlogThis!Share to TwitterShare to FacebookShare to Pinterest
Labels: ALA, ALA Divisions, ALA Elections, ALA politics, American Library Association, ASCLA 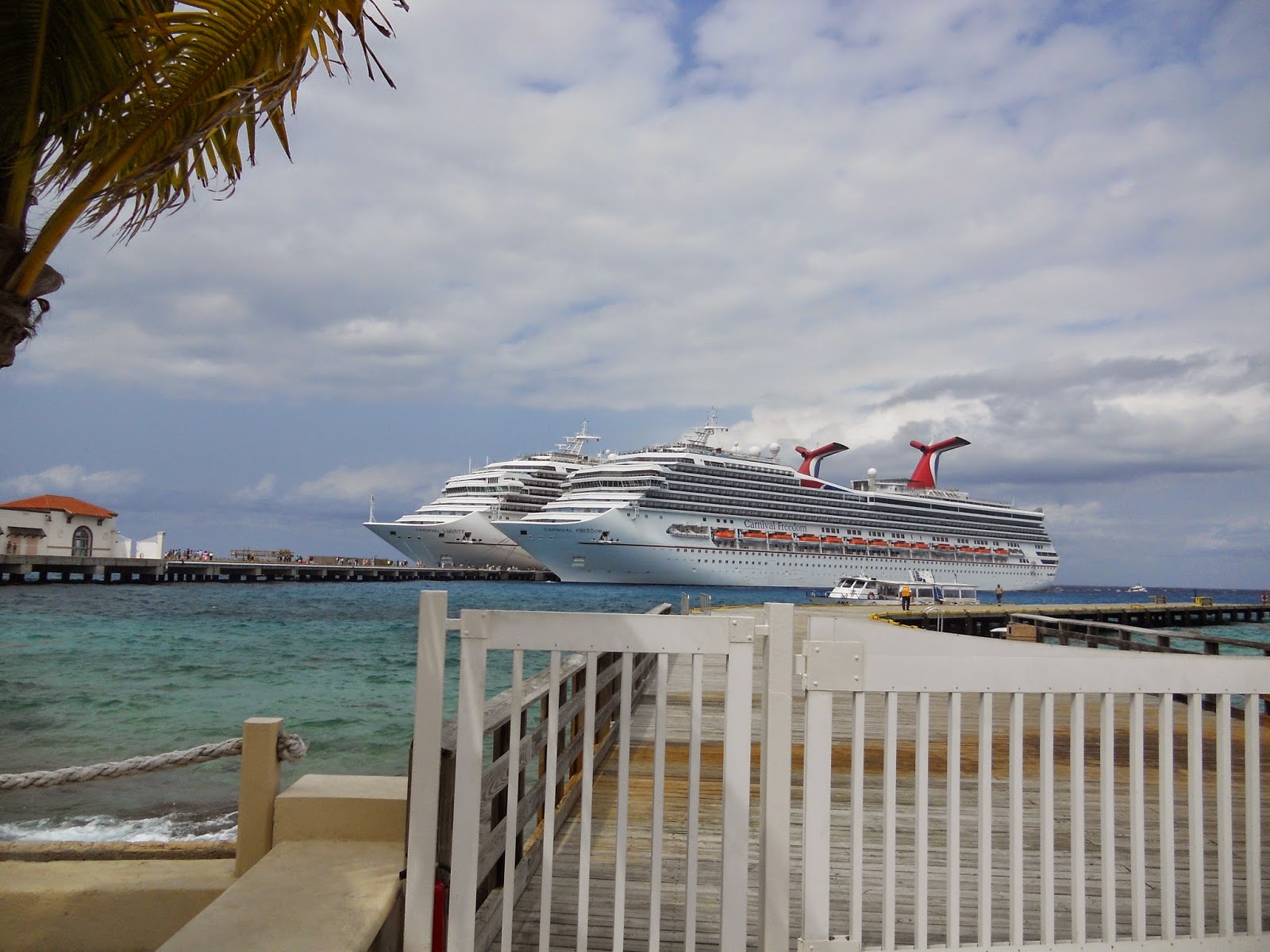 Going on a cruise has been a bucket list item for a while. But I had always resisted. I was concerned that I would feel trapped on the boat, and be unable to escape.

A friend suggested, and I wound up going on a cruise for Mardi Gras week. The cruise was on Carnival, and was out of Galveston. We stopped at Costa Maya, Cozumel, and Progresso - all in the Yucatan.

This was not a small ship. Most of my prior trips on a ship have been on ferries. I've been on several short river ferries, and on both the Point Judith/Block Island and the Nantucket ferries. Even the Nantucket ferry vessels are quite small by comparison! This ship had elevators going to 9 floors for most of the ship. In some places the ship goes to the 12th floor. Oh, the they count the decks the way the computer scientists do: starting at zero (the staff quarters).

The length of the ship was amazing. Some of the floors/decks had over 450 rooms. Because of the size, even with fairly rough seas, there was very little motion which I felt. There were, however, times when it was obvious that there was motion ... the water was sloshing in the pool.

It was a great trip. At two of the ports, I took excursions to visit Mayan ruins, which greatly expanded my knowledge of the culture and people of that area of the world.

Will I go on a cruise again? Probably. Here are the things I would do differently:
I did a lot of reading. That was one thing I did right, I brought more than enough books. (Always a concern for a reading librarian!)

Here are some of the photos from the cruise and land excursions.

I will enhance this post with photos (and will note that in an edited set of comments here).
Posted by Michael A. Golrick at 8:44 PM No comments: