My new camera is great, but the tiny laptop is hard-ish to deal with many, many photos, so stay tuned.

We left New Orleans early on a Saturday morning (6 am flight, 4:15 cab pick up). Because we were traveling internationally, we could each check a bag for free (yay!). So we did. As we thought about this trip and the logistics, we realized that traditional luggage could be an impediment, so we packed in our backpacks. Ria's had not been used this way for a while (it still had an airline tag about a decade old). We got them out of storage, and packed. (I put my stuff in 2 gallon plastic zip bags -- just in case.)

The flight to Miami was uneventful. In addition to our checked luggage, R had her sling bag/purse, I had a day pack (computer, paperwork, travel books, etc.) and camera bag. We changed flights, walked the length of Terminal D, and the flight to Panama City was also uneventful.

Clearing immigration was no big deal (short lines), and to clear customs there, all, and I mean all, luggage is x-rayed (again). We had reservations at a mid-city hotel, the Hotel El Panama. It is in a central location, has a great pool, and was a great room! We walked some around the city, had dinner. In the morning (since we had an afternoon flight out..) we went to Casco Viejo. That is the oldest part of the currently Panama City. The guidebooks were right, it reminded us in many ways of the French Quarter! Narrow streets, slight decay, buildings with balconies, scenic views. It was Sunday morning so it was very quiet. There will be some great pics on Flickr later!

That afternoon, we taxied over to Albrook Airport. [Panama City has two airports: Tocumen (PTY) is the international airport, about 20 km south/east of the city; Albrook (PAC), a former US airbase, is along the Canal and serves domestic flights.] Since we were last there (in July), construction has moved along, and there are visib

le improvements. There are two airlines, Air Panama and Aeropelas.

Our flight to Bocas del Toro was more or less on time, but was very full. The flight was uneventful, and we got there and collected our luggage. That is when things began to fall apart. We were supposed to be met, and driven from the airport to the water taxi. No one was there. However there were two other groups (of three each) there, and an enterprising young man convinced us to walk with him the 3-4 blocks to the waterfront to get a water taxi. It was a hike, and we were glad to have backpacks rather than some other luggage. Some of the roads were unpaved, and we were definitely not in the "first world" any more. The water taxi was $5 each for a 20 or so minute ride over to the island where the resort was.

Once we got there, no one was at the dock. However, one of the owners of the resort was picking up some family (the seats in front of us on the flight, and the row next to us, too), and made sure we were picked up.

We were staying at Red Frog Beach villas. We rented a golf cart, and are glad we did. While the villas are near the beach, it is about a 1/2 mile trek along a dirt road to get there. It was very bumpy in the cart! The set up - for us- was interesting. The villa had 4 (or 5) bed rooms, each of which was rented out to someone different, a large living room, great kitchen, and a plunge pool. All three of the upstairs bed rooms were "en suite" and had balconies -- ours had two. The resort consists of many villas, all separate homes, essentially. There was no real common dining. We cooked once at home (after getting more groceries), but otherwise ate at the beach or at the restaurant by the hostel.

The beach was great, I already posted one photo for my Facebook friends. It had surf which reminded me of Surfside on Nantucket or at the southern Rhode Island shore. The only difference was that the water temp was about 80 degrees. Even without a lot of time in the sun, at 9 degrees above the equator, it did not take much for us to show the results.

We had a great, quiet several days.

As I think about this, I think that I will save the adventure of leaving for the next post, followed by our stay in David and Boquete for a third post, and the trip home for the final installment.
Posted by Michael A. Golrick at 12:23 PM No comments: Links to this post

Are you ready for some 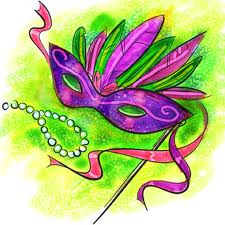 We are escaping the madness which is New Orleans at Mardi Gras, and going somewhere warm. (Yes, I know, my northern friends think that NOLA is warm, but at least a half dozen times this winter we have run the A/C and the heat on the same day.) Get ready for some pictures, and maybe a narrative. We are exploring more this time, so stay tuned for an ex post facto report (unless I get really ambitious).
Posted by Michael A. Golrick at 6:50 PM No comments: Links to this post

I was sitting reading my accumulated blog feeds. I have a couple hundred in my reading list. Any where from 50 - 100 posts appear each day. Some are just one line, like the Library Link of the Day, or Awful Library Books, or Will Unwound.

One hit me like a ton of bricks today. It was from Eric Hellman. I have said before that the name of his blog is great: Go to Hellman. Eric is the brains behind Unglue It. But this post was not about publishing or technology. It was about one of his experiences at ALA Midwinter. He called it Libraries Happen. I would have called it Libraries Change Lives. (The latter was an ALA Presidential theme a few years ago.)

The emotionally powerful part of the story begins this way: "I had the fortune to witness a 'library' happening in its purest, most human form."

I encourage you to read it (rather than reposting it here). The end line is the clincher:


Whatever stripes it wears or what name it answers to, the simple act of letting a book bring joy and wonderment to a little girl will define what a library must be, no more, no less.

Thank you, Eric.
Posted by Michael A. Golrick at 5:30 AM No comments: Links to this post